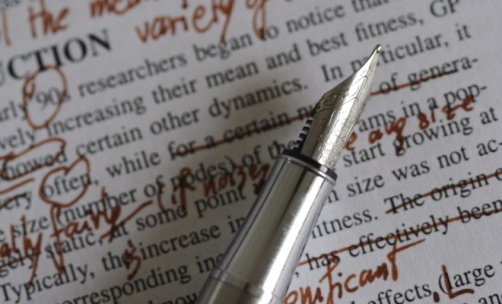 After a few years of part time teaching at the college, I was made full time. I took a more active role in curriculum planning, such as writing the grant Bob and I utilized. I also recognized that we needed to divide the incoming students into groups according to their strength as writers. Some were up to college level work while others needed more help. While everyone had graduated from high school, their main strengths were artistic, not always academic. We hired a part time teacher to begin a class we called “English Composition,” and renamed my course,”Approaches to Literature.”

While students had written an essay as part of their admittance portfolio, we had no way of knowing how much help, if any, they had received in their compositions. Rather than using those writings to assess their strengths, we began giving every first year student a writing test the first week of school. Then the other teacher and I would quickly read them all and sort the students into thirds, with one section going into English Composition.

Students could choose from four questions, but one was our favorite since it invited the most interesting responses. This one stated that while some students took a direct route to art school, many arrived by a series of back roads and asked them what had been their experience. We loved the circuitous paths through various jobs and schooling that had finally brought them to art school. On a regular basis, however, a student would tell us the actual highways they drove on to come to the college. While this literal interpretation of the question wouldn’t necessarily place them in the English Composition course, it generally went along with weak writing skills.

We learned that neither high school transcripts nor admissions essays reliably predicted writing ability. We were glad to give struggling writers a chance to get extra help once we had seen their actual writing. Many years later when I went to a community college, I discovered they also used an on-site writing sample to place students.