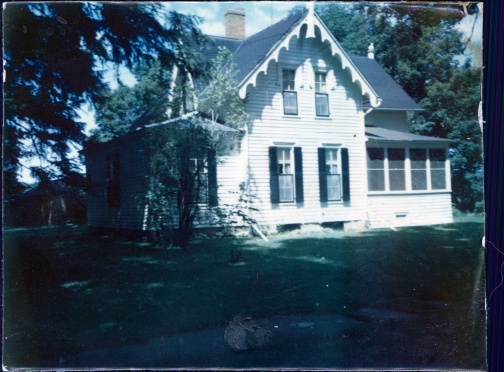 In the late 1920’s, my grandparents who lived in Buffalo bought a small farm in the Wyoming County town of Pike, New York. They had great concerns about  polio sweeping the country in urban settings, and they wanted a place they could take my mother for the summer. Since my grandfather was a university professor, he had the summer off and they could relocate for a couple of the most dangerous months for polio.

Some people have “summer cottages” in prestigious towns. Pike, to the contrary, was a little out of the way quiet farming town whose principal assets were peace and quiet. My grandmother might have preferred a  town with more cachet, but my grandfather was very down to earth, and this town suited him just fine.

I spent time there during four different summers, so I will spend some time over the next few days writing about my times there. Since my nickname is “Betsy,” I naturally felt that the town was my own because of the old song “Sweet Betsy From Pike.” Those who remember stories about my grandfather and his love of old time music won’t be surprised that he often sang it to me–loudly and off key.

That first summer I was only one year old, so I have no concrete memories of that time, but pictures of me from that summer reveal my happily tottering around. My Aunt Cary was a teenager and my lasting bond with her was established that summer. That first visit was warm, loving and sunny. I have carried an internal sense of Pike from then on, which I still draw on whenever I am asked to imagine a safe welcoming spot.

10 thoughts on ““Sweet Betsy From Pike””