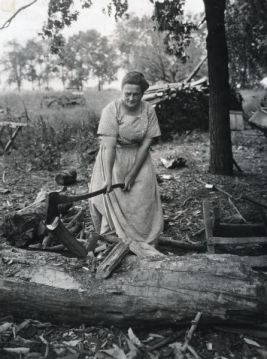 My next job had several aspects, so it will go on for several posts. My family had a friend, Tom, who had started a construction company with his younger brother. In 1969 it was more a couple of guys building things rather than an actual company. But Tom decided it was time to hire someone to organize an office. That was me. He recruited me away from my insurance job, a none too difficult task.

His “office” was a drafting table, a couple of file cabinets, a phone and tons of pieces of paper lying about in no particular order. It was in the basement of an old house and was actually just a room, probably originally a work shop. Plus it was freezing cold.

I asked Tom what he wanted me to do in this “office.” He said he really had no idea since he had never had anyone work for him before. And oh, by the way, if I got cold I should chop some firewood for the old wood stove in the space and build myself a little fire.

And he went off to build.

One thought on ““First Chop Wood””