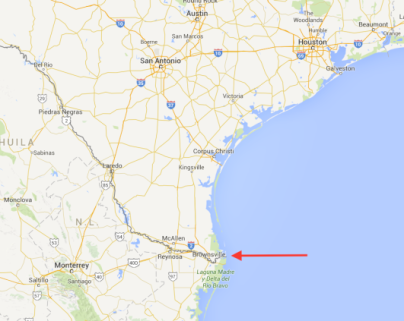 A friend I had met during the City Council campaign knew that I was out of work and looking for a job. While he couldn’t offer me a full time job, he had some consultant work that I was qualified to do. I went to work for a couple of months doing site visits to Follow Through locations in Texas and Illinois.

Follow Through was an experiment to test out different teaching strategies with populations that had Head Start programs. The idea was to see what practices were best able to sustain the gains that Head Start had begun in children. I have very little memory of what exactly I was to look for in each program, and suspect that I was mostly supposed to document that the program existed in the funded sites.

One project was out of Austin, Texas from the University of Texas. There I met two of the principal researchers who drove me to Brownsville, then McAllen Texas, both communities in the southernmost tip of Texas. The poverty was pervasive in this part of Texas and a majority of the students came to school speaking only Spanish.  The teachers and students were warm and welcoming and I could dutifully report back that the projects did in fact take place.

Once in McAllen, the project leaders insisted that we drive over to Reynosa, Mexico for beer and dinner. And the food in Reynosa was indeed excellent. On to Chicago.

3 thoughts on ““A Friend Comes Through””