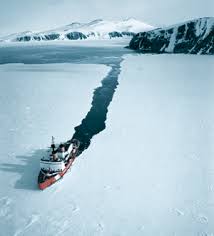 When students first met each other, they were naturally nervous about my requirement that they would be reading their papers aloud to the class several times a semester. After a while, they were over their trepidation, but at first they couldn’t imagine doing this. So I came up with what became known at the college as the “famous 30 minute assignment.”

The task required that students spend half an hour doing something they had never done before. The writing was to be two paragraphs. The first would be a description of what they chose to do and how they went about it. The second paragraph was a reflection on the activity, including, if appropriate, contrasting how they thought it would be with the actual activity. There was no way to fail this assignment, nor could anyone be an expert in it. It would also give students a chance to reveal a side of themselves they wanted to share with the others, whether silly, brave, or serious.

Students tried everything–legal and not pornographic(I had those restrictions since they were art students after all!) One rode the school elevator for their time. An atheist read the Bible. One went to the grocery store in pajamas. One of my favorite antics had the student hide her family’s remote control and document the chaos that followed. One went sky diving; another bowled; and one went into the Scientology Center(and left after 30 minutes.)

It was always a successful experience for these students. It was silly enough to get over their stage fright about reading them aloud. It was a chance to try something new for those who needed an excuse. And they were having a chance to see each other outside of the very competitive studios.

4 thoughts on ““Breaking the Ice””