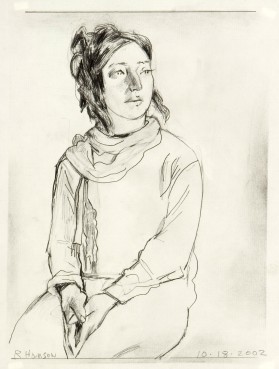 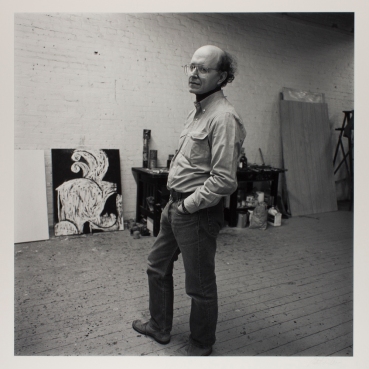 In 1981 I was finally a full time faculty member in what we were calling the Liberal Arts Department. We were one English professor, one Art History professor and one part-time Historian. I wrote a grant to the National Endowment for the Humanities for a consultant to advise us about our program. We wanted to know what other studio art colleges were doing for their liberal arts requirement, since we had the same accrediting agency.

I received the grant and a very helpful consultant from Clark University in Worcester, Massachusetts. He suggested that we use some of the grant money to visit similar schools. I think the entire grant was $5000, so it would have to be a very low budget excursion. Fortunately, one of my favorite colleagues, Bob Hanson(pictured above) agreed to travel with me for a week in the East. His sister-in-law lived outside Boston and we had a mutual friend in New York City. Our consultant said we could stay with his family for a night while we visited an art school there. So our expenses would be only a rental car and plane tickets.

I couldn’t have had a better travel companion than Bob. While we liked and respected each other very much, there was no question about anything untoward happening between us. In fact, one night as I sat in my pajamas talking with Bob and his sister-in-law I recognized how grateful I was for his safe company.

We visited his alma mater the Museum of Fine Arts School in Boston, a now defunct college in Rhode Island, Clark University and–since our air fare was based on being gone seven days–museums in New York City. That last was just for pure joy. What did we learn? More tomorrow. Along with what I learned about Bob’s amazing driving skills!