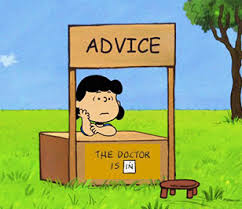 As a woman teacher in a very small college with predominantly men teachers, I found myself frequently the ears for student problems and quandaries. The first time that happened, I was about 35 and a woman came in and said she needed to talk to an “older woman.” After I got over my shock at suddenly being seen as an “older” woman(I still thought older women were in their 50’s!) I sat back to listen to her.

She wanted help with a dilemma she found herself in. Assuming this was about choosing a major or dropping a class, I sat back ready to help. But no. This married young woman(probably about 25) had just spent the night with two of our male students doing I didn’t want to know what. Now what should she do? I may have seemed seasoned to her, but I had to restrain myself from shouting, “What in the world were you thinking?”

Now of course she hadn’t been thinking, which was why she had ended up in this situation. This was near the beginning of our awareness of AIDS, and I believed that one of the students was gay. I refrained from mentioning that as it turned out she had already panicked about the possibility.

I calmly suggested that she not repeat the behavior and that she decide if she wanted to stay married before she ventured out in any more extramarital adventures. I tried to do this with a straight face and a warm heart. She did stay married for the time she was in college, though I don’t know what happened to her later. Amazingly enough, the two male students were equally horrified by their escapade, and each came separately to discuss the situation with me. I never let any of them know that they had all talked to me. But I certainly hoped that they were sufficiently chastened. At least they never talked to me about that night or any subsequent nights again.