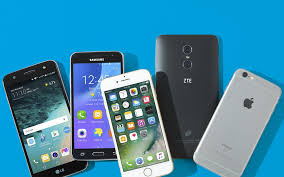 Once upon a time, in the dark ages known as most of my life, there was only one sound that a phone made. Everyone recognized the sound and knew to answer the phone. Of course, the phone was either at home, at work or in a phone booth. You didn’t hear phones of all the people around you wherever you went. Those peoples’ phones were safe at home ringing away.

Now, unfortunately, most people carry around a portable phone with its own ring tone. If you are fairly inept, you probably still have the tone the phone came with. For instance, all T-Mobile phones sing with the same tone. However, if you have very clever grandchildren, your phone may have been reprogrammed to call out choice noises they have put on your phone while you are otherwise occupied. (This is a general statement. In no way does this even vaguely point to any particular grandchildren I might know.) Then you might be suddenly startled when your purse begins to sing out the signal to start a horse race.

Even more distracting are the random tunes that play loudly in the middle of a church service, even though the cantor has made the standard request to “silence your cell phone before the service begins.” For some reason, the phone owning culprit usually fails to realize that it is her phone ringing away. Suddenly many parishioners are checking their pockets to make sure they aren’t disrupting things. Of course this mass rummaging makes its own interruption.

As for me, I have just turned off the ringer. I think. Unless some unnamed grandchild has turned it back on just before church!