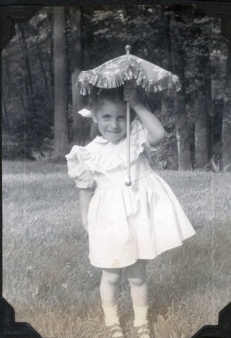 I have been reflecting on the differences between birthday celebrations when I was a kid in the 1950’s and today. This was sparked by seeing a brochure at the grocery store full of “party planners” and “party events.” Apparently you can now hire someone to plan and run your child’s party. You can also hire a bounce house, a magician, a makeup artist, a clown and who knows who else.

Our birthday parties were all the same. Hand made invitations were given to the same number of friends as your age. 8 years old, 8 guests and so forth. The meal was always the same: cake, ice cream and Kool-Aid. The games were always the same or variations of the same. There was pin the tale on the donkey, bean bag toss, remember the items on a tray before it is covered up, and various simple word games. Prizes were awarded for the first place winner in each game. Then the birthday child opened all the presents in front of the other guests, practicing her best good manners of being appreciative no matter what. After about 90 minutes, mothers picked up the guests.

All I can say is that parties were a lot less expensive when I was a kid. No planner was needed since the parties were identical. And no one appears to have worried about the feelings of the guest. After all, it wasn’t their birthday!