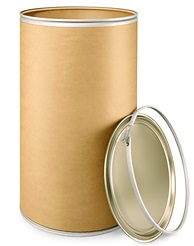 A couple of times a year a large cardboard barrel would arrive at our home filled with clothes our cousins had outgrown. The three of them were a little older than the oldest three of us, so the clothing would often fit. When I look at old photos, I often recognize that my outfit was a hand me down. Wearing my cousin’s old clothes probably wasn’t my first choice, but it was how things were and I accepted it.

However, I am increasingly aware of beliefs, ideas, and opinions that I carry around that are similar hand me downs from earlier people in my family. Most recently we took money from our savings account to pay for home repairs. I found that I felt as though I was violating some rule, but for the life of me I couldn’t figure out which. We save money specifically to be able to cover unexpected expenses. On a rational level, I shouldn’t have had a problem.

Since this situation had frequently troubled me in the past, I took a little time to explore what was going on apparently at a subconscious level. I had a very clear memory of my father putting the savings account proudly in his dresser drawer. I had learned that saving is a positive activity. However, no matter what, my father never took money out of savings! I had acquired a hand me down notion that savings should never be touched.

It’s obvious when hand me down clothes no longer fit. It is much harder for me to see what hand me down beliefs are no longer useful. I’m retiring the one about savings since it isn’t a good fit for me. I now wonder what other outgrown ideas I am still holding onto without knowing it. I’m open to learning, no matter how long I’ve held them. And since I’m 71, that may have been a long, long time!