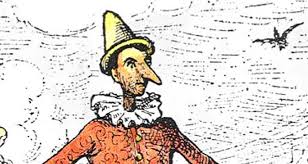 In politics in the United States we are used to spin, the public relations behavior of making oneself look good. If I say I worked with others on this project, making it sound as though it were a collaboration, but I really did most of the work myself, I would be putting a spin on the situation. I would want people to think I worked well with others. I wouldn’t be precisely lying, but shaping the narrative to my advantage. I think that for many years voters have been alert to this common kind of spin.

However, there lately has been a proliferation of outright lies. If I say I worked on the project but I was never anywhere near it, I would be lying. If I said I had voted for something that I had actually voted against, I would be lying. I think the general population is not accustomed to this degree of lying. And I call to mind a quote from Tennessee Williams in Cat On A Hot Tin Roof: “There ain’t nothin’ more powerful than the odor of mendacity!” The problem with a bad odor is that after a while one gets accustomed to it. Here we seem to be accepting that politicians are outright lying, no longer just putting a favorable spin on things. More troubling still, those media outlets that call out politicians on their lies are faced with the “ad hominem” fallacy discussed yesterday. They are now labeled “false news.”

I hope that despite being attacked for speaking and writing the truth, people will continue to speak “truth to power.” There is too much at stake to get accustomed to that rotten smell.