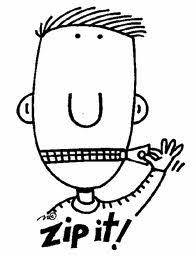 Prudence calls to mind a girl I knew in grade school named that. I suppose it would be a difficult name to try to live up to. I am thankful I was not named Prudence because I would be constantly teased since in my case it would be an oxymoron. Although there are many situations that call for prudence, my biggest struggle is with with what comes out of my mouth–ill timed words.

I am famous for the “blurt,” comments that go straight from the brain out the mouth. These don’t include profanity, but rather what I think of as truths which can be received  as attacks.  A long standing relationship came to an abrupt end when I blurted something I thought the other knew about herself. It turned out to be wounding, provoking a sharp:”You are not safe!” Followed by the phone being slammed down. I have still not found a way to restore things.

I also can easily come up with words I think of as humorous quips. These definitely could benefit from a little prudence. Not everyone’s sense of humor is as (you choose an adjective)(sharp?warped?sardonic?sarcastic?cynical?) as mine. Good to remember if I am going to be prudent with my speech.

Don’t worry. I am not going to go silent. But if I am to improve my virtue of prudence I might adapt the carpenter’s rule of “measure twice, cut once.” In my case “think twice, speak once.”