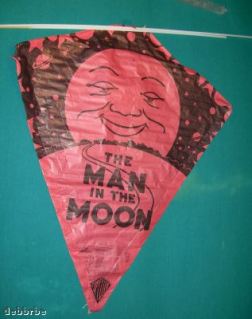 We spent much time on the northern Oregon coast, and one constant there was the wind. Clearly wind exists to amuse kids, and we took full advantage of it. We flew paper kites, such as the one on the left. We assembled and flew balsa gliders such as the one on the right. Each was inexpensive. I remember that the planes cost 10 cents. The kites were not much more money. Fortunately they were not a great expense because neither one lasted very long. The kites ripped or the wooden support struts snapped. The balsa fared little better, as bits of the wings and tail broke off after a couple of flights.

In kite shops today these inexpensive paper kites have been replaced by spendy nylon ones, each trying to outshine the next. Some even require two lines to keep them soaring and dipping. I never had very elaborate acrobatics with my paper kites. Mainly they went way up and then crashed to the ground, hence the rips and snaps. But the joy of running full speed against the wind and then watching the kite take off continually thrilled me.

In the park near us, in the neighboring wealthy town, children fly remote controlled planes. Clearly they cost most than 10 cents! They don’t require any running, nor do they need a strong thrust to have them take flight. They also make an annoying humming noise. I suppose our little balsa gliders would seem BORING. But we loved them, and often used our weekly allowance to replace the one broken the week before.

As I continue to write about childhood games, I am struck by how much physical activity we got every day. We didn’t need Fitbits or pedometers to encourage us. We were expected to regularly “burn off our energy.” And we did.