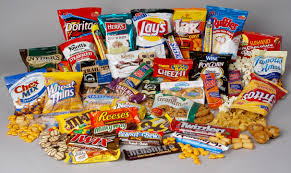 One of the oft mentioned suggestions from health professionals is to avoid eating between meals to maintain a healthy weight. They say to pay particular attention to “snacking.” I started reflecting on this activity and wondered if it was just my imagination and faulty memory that led me to think this had not been an issue in my childhood. It turns out that my thinking was fine. Even between the 1970’s(when my children were young) and today, children in the United States have gone from two snacks a day to an average of six snacks a day.

We had no snack food in our home unless there were crackers left over from an adult party. We had cookies, but they were for our lunches, not for eating whenever we felt like it. In fact we understood, as did many Americans in the 1950’s, that food was consumed three times a day. That, combined with our very active childhood lives, probably explains the lack of concern about “childhood obesity,” a topic now much in the news.

I don’t know if it is possible to get the snack horse back in the barn now that it has run free through American lives. Somehow we seem to have acquired, in a land of plenty for many, a fear of being hungry. The first pang of hunger sounds a danger signal, apparently, and we must reach for a snack. There are genuinely hungry Americans who lack access to healthy food. But there are also plenty of overfed, underexercised kids in this country. And that is a change for the worse.

27 thoughts on ““Eating Between Meals””