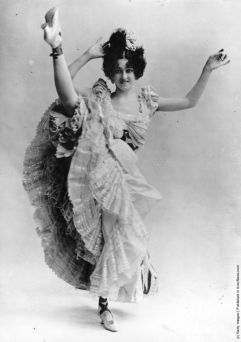 As I was reflecting about my Latin class I remembered something I mentioned in passing a couple of years ago. My Latin teacher was, I now believe, an alcoholic. We had Latin class after lunch, and she was in rare form. She got up on the desk and did a declension of the Latin “Hic, Haec, Hoc” as she kicked in a mini Can Can routine.

Teachers were absolute authorities when I was in high school, and what they said went. We never disagreed about their assessments of us, and we wouldn’t have dreamed of having our parents talk to any teacher about a disagreement. The teacher was always right. And this included their idiosyncrasies, such as dancing on the desk. I am sure none of us ever spoke about it out of class.

Our very strange English teacher used to put his feet up on his desk, put his hands down the front of his trousers and talk about the day’s readings. We found it “icky,” but that was as far as it went. Our response to that behavior makes it easier to understand how children tolerated aberrant behavior from adults such as priests in those days.

One excellent English teacher always wore what I thought was the same dress every day for the entire school year. I learned much later that she actually had five of the same dresses made for her which she was rotating. I guess she didn’t want to have to think about what to wear on any given day.

I even had one intriguing English professor in graduate school. He had terrible stage fright about lecturing to the class. To solve this, he would start the lecture as he walked down the corridor outside the class door. Then he would enter, mid sentence, and continue on. It was confusing at first since we missed the beginning of the first sentence, but we became used to it.

I shudder to think what idiosyncrasies my former students might report about me!