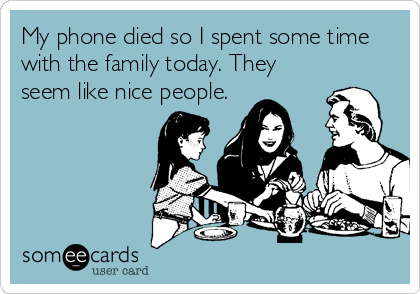 A fascinating article in yesterday’s New York Times introduced me to a new way to make money. Parents are hiring consultants to teach them how to get their children off their electronic devices. The job is lucrative; in small towns the going rate is $80 an hour, in large cities $120 an hour. I contemplated becoming a consultant!

Why on earth would a parent  need to pay another adult this kind of money to wean their child from electronics? It seems to me to be a symptom of a larger issue–outsourcing common sense. How difficult must it be to realize that children need to have alternatives to staring at screens? How much deep thought is required to become aware that eating dinner together while every family member is on her phone doesn’t count as “quality time?” Does no one realize that “monkey see, monkey do” applies to children observing their parents stare mindlessly at screens?

Maybe common sense is less common than I think. Otherwise why would the manual for my dishwasher state “If it doesn’t turn on check to see if the power cord is attached.” Why does the cup of coffee state “contents are hot?” Why does the doctor have to call multiple times to remind me of my appointment and then tell me to arrive 15 minutes early because so many people come late. I used to think it was my responsibility to write down my appointments.

I would love to hear from readers of other instances of disappearing common sense. Is this a worldwide phenomenon or just a problem here?