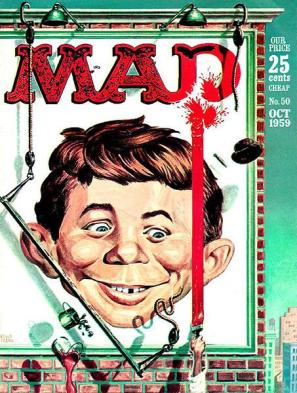 Mad Magazine has published its last issue. For many of my generation the magazine provided constant amusement throughout the 1950’s and 1960’s. My brother and I would buy one copy and share it back and forth each month. The humor was tame compared to what is available for adolescents today, but it was startling material then. We learned sarcasm, political critique, and product spoofs within its covers. Sometimes the cover could even be folded in such a way as to produce an alternative picture, usually more provocative than the newsstand version had displayed.

I was a child of the Cold War, constantly being warned about Russia. The most subversive feature of Mad Magazine was the wordless feature cartoon each month–Spy vs. Spy. Despite what I was learning in school, it appeared that both sides in the Cold war were equally inept. 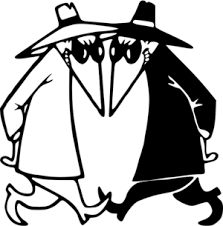 A wonderful editorial in today’s New York Times highlights how much Mad influenced many of today’s comedians such as John Stewart formerly of The Daily Show. For Mad lovers, I recommend reading it.