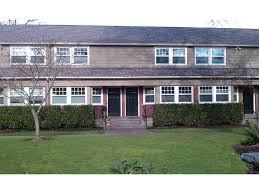 When my daughter and I moved into the city apartment, I was very nervous because I had a family member who was quite unstable. I was concerned about being bothered and unprotected since I now lived alone. Fortunately, the manager of this complex was excellent, much more suited to the task than I had been in my manager days.

“Bob the manager” as my daughter called him was my age and immediately reassured me about my safety. He had a mentally ill sister, so he was familiar with dealing with the cycles of stability and instability that often come with the territory. He assured me that at any time I could go out the back door, come over to his apartment and get his help. I never needed to do that, but it was terribly comforting.

“Bob the manager’s” other great quality was a calm spirit around my 2 year old daughter. He was the one person I could rely on to go out to dinner with the two of us and not be bothered by her antics. Once we sat in a trolley car at a restaurant and noticed that she was dropping food on the table below our seats! We just broke out laughing.

“Bob the manager” introduced me to Bruce Springsteen, a debt I can never adequately repay. Most important of all, “Bob the manager” didn’t push me for a romantic relationship. I was newly separated and the last thing I needed was a romance. Instead he provided steady male assurance, company at restaurants and help with minor repairs.  From time to time, I ran into him after we moved. He would always ask after the little girl who had called him “Bob the manager.”