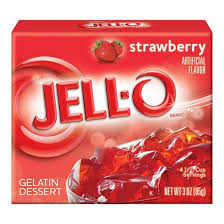 When we moved into a house of our own, we had the good fortune of being surrounded by lots of children for my daughter to play with. We also gained three stellar neighbors, all men, who would prove very helpful in the years to come. Today I will tell the first of Everett Rundell stories. I don’t want to limit myself to just one.

Everett was a widower, a retired linotype operator, bent over from terrible arthritis, and seemingly a little grumpy. It turns out, of course, that the grump was just a poor disguise over a heart of gold. I think he just didn’t want the word to get out that he was really a very sweet man. He must have had an image to protect among those other newspaper men.

Early on in our new home, my daughter and I both got the stomach bug. Everett was used to seeing us every day, and when I went out to pick up the newspaper, he asked what was wrong. When I told him, he said he was sorry. Later that afternoon, Everett showed up on our porch  with a big bowl of strawberry jello saying, “I’m not much of a cook, but I make a mean bowl of Jello!” He saved the day as my daughter and I dug in to the first solid(or semi-solid) food in 24 hours!