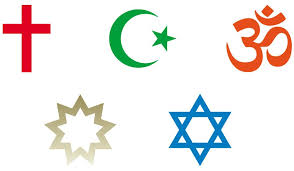 Tolerance as a virtue is easy to confuse with the word “tolerate.” As in I can’t “tolerate” the way he treats her. That word suggests that immediate action is required to do something about a situation. But tolerance implies something quite different and is rarely demonstrated in the present political and religious climate of the United States. I suppose that a colloquial way of putting it would be embracing the idea of “live and let live.”

For me this is more of a challenge politically than religiously. It took me many years of exploration to finally plant myself in a Catholic church. I actually do respect other religious views or the lack of them. I am not patronizing in interactions with others about faith. But I evidence much less tolerance about political views different from my own. I am not including racist or anti-Semitic views, just run of the mill conservative outlooks. Here I seem to be having an internal discussion in my mind as I question the person’s intelligence at holding those views! I get flustered and have trouble recognizing their right to disagree with me. I have shown much less tolerance recently, joining with too many Americans in an increasingly polarized country.

May I learn to practice tolerance in politics as I do with religion. May we all.

10 thoughts on ““Tolerance or Patronizing?””