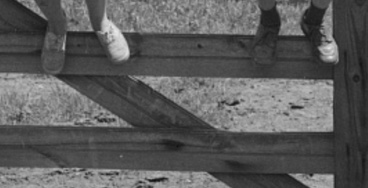 In late summer when everything we could think of to do we had done, my brother and I were always up for an invented game, Counting Cars. Our house lay below a main road and a fence marked the division between our driveway entrance and the highway. Here my brother and I would plunk ourselves down and begin our game. First we each chose a color of car and then we proceeded to count the number of cars of that color that went by. We were often torn between picking a color we liked(blue in my case) or a color that was more typical(green in most years.) Sometimes we went with the one we liked even as we suspected we might lose. Sometimes we argued over whether a car was our chosen color or not. (Anyone who grew up with siblings knows that a lot of time is taken up squabbling over such trivia!) Eventually we would tire of the game and hope dinner was ready.

I taught this game to my grandchildren one hot summer evening. Although the road in front of our house has enough cars to count, they come by less often than on my childhood highway. My grandson immediately came up with a variant on my rules. Since we live near a corner, he decided we needed to guess what color of car would round the corner. He usually chose black, and he was usually right. We ended up laughing and literally rolling around on the front lawn together.

Who says kids died of boredom? We never did, since we were always ready to invent yet another way to pass the time. It certainly beat letting our mother–always ready with a needed household chore-know we were at loose ends!