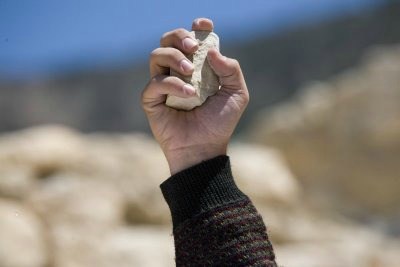 The United States has two places named Kansas City. One is in the state of Kansas. One is in the state of Missouri. Yesterday, in the semi-national holiday called the Super Bowl, the football team called the Kansas City Chiefs won. The team comes from Missouri. The president sent out a tweet congratulating Kansas. Uproar followed as people rushed to be the first to call him out for this apparently grievous mistake.

When I was growing up two statements were pressed into me. The first was “people who live in glass houses shouldn’t throw stones.” The second, long before I knew it was a Biblical reference, was “don’t throw the first stone.” I heard these phrases constantly, and they took root in my psyche and my behavior.

Yes, it was a mistake to say that the team was from Kansas, not Missouri. Not an important mistake. Not a mistake to gleefully counter. But in today’s “call out” culture,  people RUSH to cast the first stone. Often of course they do this hiding anonymously or with a pseudonym or calling a radio station or tweeting using an avatar. No fools they, they do seem vaguely aware that otherwise they would expose themselves to stones coming their way.

The overall message we are giving each other is that mistakes are unforgivable. We are supposed to be constantly on guard waiting to deflect that stone bound to come our way if we have a slip in word or thought. Yes, it can be argued that many politicians throw the first stone. Some say that means they are fair game. To them, I repeat a phrase drummed into my head unceasingly “two wrongs don’t make a right.”