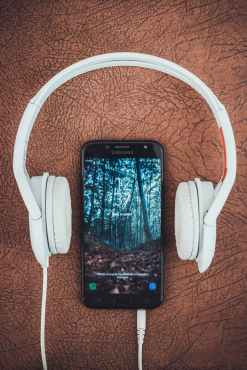 The first time I realized that sounds would begin to overtake my life happened when the timer on my IPad suddenly played something resembling a John Phillip Sousa march. Not only could I not figure out why that had happened, I also couldn’t figure out(save dunking it in water!) to make it stop. Fortunately the responsible party(culprit to be honest) started laughing. Yes, my then 8 year old grandchild had gone to settings on my IPad and changed the simple one time, one ding sound to a repeating melody to signal the time was up.

Apparently I am supposed to choose all sorts of sounds. My phone offers endless noises, and for a mere 99 cents more I can download new ones. I could note an incoming call by the sound of a howling wolf if I wanted to. Then there is a setting for a message arriving, an email coming, and an email sending. If I am not scrupulous I end up getting “notifications” from all sorts of apps. While I don’t use the GPS feature on my phone, when I traveled with one of my children the voice had been tuned to what sounded like a British rap star. My husband can listen to a purring French woman tell him where to turn. Of course with a family which must have at least 20 devices, none of us know what is beeping, buzzing, singing or dinging.

Most strange are the singing appliances. My “fuzzy logic” rice cooker plays two tunes. I will share Zojirushi’s thoughts on this “And now we’re known for our whimsical, musical and oh-so-familiar “Twinkle, Twinkle, Little Star” tune which plays at the beginning of a setting. And when a course is finished, the lyrical tune of “Amaryllis” plays!” The second tune sounds like the countdown for a quiz show contestant. My LG washing machine, not to be outdone by Zojirushi, adds a ditty at theend of the cycle. Fortunately the dryer, older than the washer, merely buzzes when it is done. I hesitate to buy a new one, fearing another “whimsical, musical and oh-so-familiar” song will haunt me.

I would practice silence, but I would certainly have to leave home!